The Poison Of Bitterness 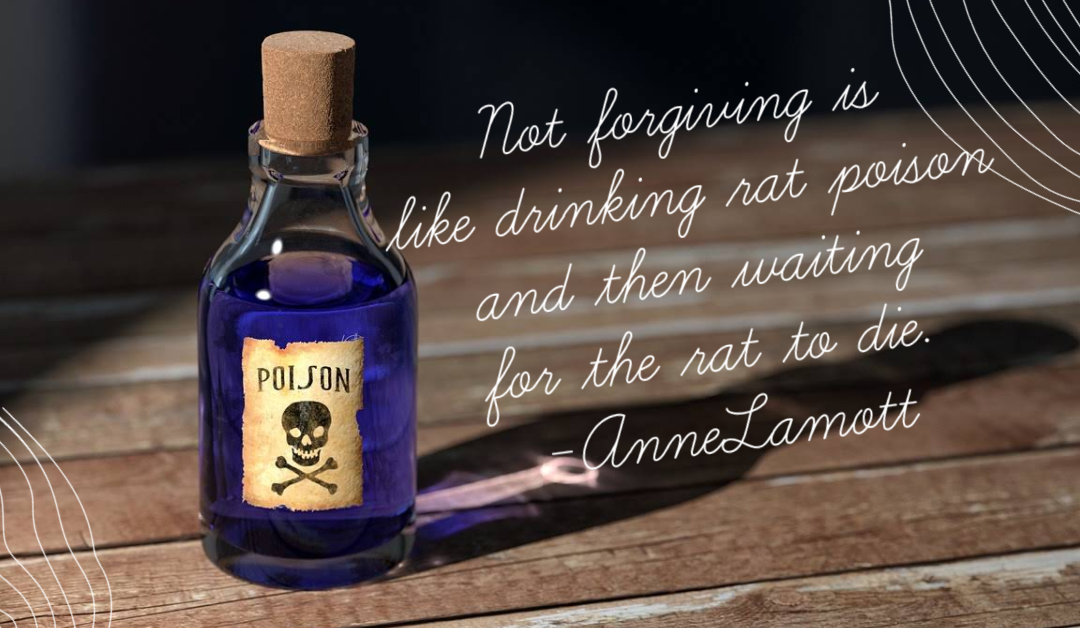 As humans, we are social creatures, even if the introvert in me wants to argue that point until the cows come home (which would be a really long time considering I don’t have cows).

And as social creatures, being bitter toward another isn’t a natural state for us to be in, yet many of us hold feelings of bitterness for years. Sometimes the bitter feelings toward another last so long that we forget the reason we became bitter in the first place.

There are even those of us who will deny feeling bitter or angry – because it’s an ugly emotion or state of being that we don’t want to claim as part of us.

Anne Lamott said…
“Not forgiving is like drinking rat poison and then waiting for the rat to die.”

It’s important for our own healing and general wellbeing that we allow ourselves to connect with the undesirable feelings within us and to reconcile where they are coming from. From there, we can ask ourselves the questions we need to ask in order to move through – and past – the feelings and into forgiveness and letting go. To not do this, is to poison ourselves from within.

It is true that in some cases we need some time to pass in order to let the emotional charge die down a little. When someone does something we perceive as wrong to us, it is perfectly natural – even healthy – to get angry. That’s an appropriate response in many cases. However, when you hold on to anger so long that you become bitter, you’ve shifted from a healthy response to an unhealthy condition. We simply aren’t meant to stay in a reactionary state, like being angry, for long periods of time. We’re meant to move through that state into forgiveness and letting go.

Understand that forgiveness is an inside job — we don’t need to involve the other party in any way because once we’ve buried the feelings and the situation has long passed, they’ve moved on (and rightfully so) and if they haven’t, you can be sure their recollection of it will be vastly different from yours and they will need to do their own work around it. Our excavation and clearing process is on us. It’s now our story and we need to work through how we’re still telling it to ourselves so we can identify the painful parts and find a healthier way of dealing with them… a way that stops it from eating away at us.

One way to start exploring what might be buried within you is to write about it.

We can all think of a situation that deeply affected us and still causes us some anguish when we think about it. Those situations will be the ones to explore. Tell the story with pen to paper, let it all flow out and then ask whatever questions come to mind about what happened and why.

From there, you ask a different question that removes you from the victim role into the role of resolution finder. So for example, a line of questioning might look like this…

Q1. Why am I still feeling off about this?
A1. Because it really hurt me.

Q2. What specifically hurt?
A2. She was my best friend and we shared everything except this time she hid what she was feeling and pushed me away.

Q3. What could I have done to change the situation?
A3. I couldn’t do anything. I had no idea why she was pushing me away and she wouldn’t tell me when I asked.

Q4. If I had a magic wand, or time hopping super powers, what would I change now that the situation has passed?
A4. I don’t think I’d change anything actually. While I loved our friendship the way it was, this was a huge breach of trust for me. It revealed an aspect of her character that I don’t want in my closest relationships.

Q5. So given all of the above, can I see this as a chapter in the story of my life, appreciating the good, and accepting the choices made by everyone involved without needing to judge anything as good or bad?
A5. Yes, I guess I can because in the end, I know everyone was doing the best they could with the best intentions even though it didn’t exactly turn out for the best.

This of course is an oversimplified version but one where you can get an idea for how to start exploring the buried feelings and how to work through them so they no longer carry an emotional charge for you.

The point isn’t to assign blame or fault, rather, it’s to realize that you’re holding on to a story that is affecting how you experience life now and that isn’t serving you well at all. You have to let the wounds heal by not continuing to keep them irritated and you can only do this by cleaning out the wound so it can heal properly… and only you can do this, no one else can do it for you.